Tally Solutions was established in the early 1980s. Mr. Bharat Goenka, the man behind Tally ERP 9 had dreamt to develop this software with advanced technologies keeping pace with time and business requirements.

Antraweb Technologies is an trusted partner of Tally Solutions almost since it’s inception and having 6 branches, 200+ expert Tally Professionals and more than 25,000+ satisfied global customers in Dubai, Mumbai, Pune and other cities.

Over the years Tally released its various versions and each new version brought about some major improvements. Let’s get acquainted with each version of Tally Software.

Below is a brief summary of how Tally evolved over each preceding versions to the present Tally ERP 9 [read the infographic bottom up] and become the most popular and widely used ERP software today globally for small businesses.

Tally released this version in 1990 wherein it supported only Basic Accounting needs of small businesses. This version required some predefined commands for the software to be operated. This version only ran on Microsoft DOS and was unable to run in Windows OS.

Tally 3.12: Established in 1991, this version of Tally focused on the basics of accounting somewhat similar to version 3.0.

1992 was the year for version 4 of Tally. Like its predecessors, it also supported DOS based accounting as it could not be run on windows operating system

Tally released this version in 1994 which ran on MS-DOS and focused on financial accounting system. This version focused on accounting activities such as Ledgers Classification Vouchers Entry. It offered simple financial reports and scrutiny of debtors and creditors in the business.

The year was 1996 when Tally released its upgraded version to Tally 4.5 working on Windows operating system. This version comprised of inventory modules which involved detailed inventory, structure invoicing and integrating accounting and inventory records.

This version released in 1996 was an enhanced module over its earlier 5.0 version. It had the capacity of importing of data facility with the help of which it was able to convert earlier data formats into the current data format.

Released in 2001, this version was an extension of enterprise systems wherein it interacted with other system through Open Data Base Connectivity.

This version released a decade ago in 2005. It’s an integrated enterprise system which provides various types of taxes such as TDS, VAT & TCS along with Service Tax modules

Released in 2006, this version is a software that supports multi languages. It supports 10 languages.

Released in 2006, this is an enhanced version over the earlier 8.1. It supports 13 languages, including foreign ones and also includes Payroll, POS (Point of Sales).

This is the latest version released in 2009 which is a complete business solution. This version offers different features such as remote access, much commanding data security, tally.net and several more. 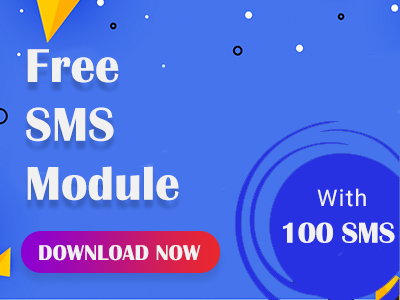 Subscribe To Our Newsletter To Get Latest Updates & News

Thank you for subscription

Please check your email inbox/spam folder to verify your subscription